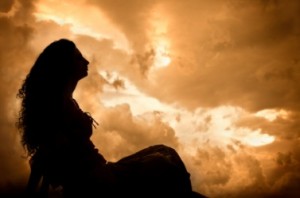 To live an astrological life is to attune oneself to the natural flow of the universe and its cycles.  Every month we are given a detailed scheme or plan of how the energies will operate, and how we can adjust our lives accordingly.   This happens every month at the time of the New Moon.

The New Moon for the month of February lands in emotional and creative Pisces – the last sign of the zodiacal cycle.  The yearly first New Moon occurs in Aries and represents new beginnings, new promises, and new potentials.  Conversely, the New Moon in Pisces is about endings, repair, and preparing to start a new journey in the month to come.

Every New Moon has its own unique energy based upon its aspects to other planets in the New Moon chart.  This New Moon conjoins with Chiron and Neptune and the themes of these two planets will strongly color our understanding of this month’s energy, and teach us how to work with it in a productive way.

In many ways, Chiron and Neptune are astrological opposites.   Chiron is where we have been wounded in a way that is unfair or where we have experienced life’s unfairness; whereas Neptune seeks to find redemption through whatever sign it is in.  This conjunction is occurring in the sign of Pisces which is associated with spirituality, higher understanding, collective unification; it is also associated with escapism, addictions, and fantastical visions that can tear a person apart in search of merging with an ideal world where the ordinary life of mundane reality is no longer problematic.

Chiron and Neptune began their conjunction in 2009 while in the sign of Aquarius.   As a collective group we sought our redemption (Neptune) through the interconnectedness of human interchange (Aquarius) and social media burst onto the scene with more power than ever before.   Human beings had access to instantaneous news and were able to create the news on their own which we seen vividly during the Iranian Elections when the citizenry of Iran revolted against the governmental regime.   The persecution of citizens and the unfairness of life conditions (Chiron) became the news headlines, but for the first time in human history all countries were ‘on the scene witnesses’ to government sanctioned brutality.  We then found that the social media tools we were using with such vigor, in fact were being used as weapons against groups based upon ideologies and sexual identities.   The rise of the “It Gets Better Campaign” of bullying against homosexual children began because a boy in New Jersey (Tyler Clementi) killed himself after having a sexual liaison broadcast live on Facebook.   In many ways our search for redemption (Neptune) through being connected to a larger social system (Aquarius), has wounded (Chiron) many because the world of the computers and superficial online friendships began to supersede the imperfect and messy exchange of living.

In February, Neptune moved into Pisces (the sign it rules) and joined Chiron once again.  Although the feelings of redemption and being wounded by what we seek to cure what ails us still exists; we will find the clothes that these two planets are now wearing different.  Pisces is concerned with connecting with the thirst for something higher than ourselves.    The paths usually are through religion or spirituality, all of which convey some version of immortality – whether that is through everlasting life or through reincarnation.   The converse can also be experienced since the thirst of the alcoholic, drug addict, or any other compulsion is still the same thirst and the same longing for the divine or the answers to ordinary human living.   The difficulty resides in what we choose to redeem us will ultimately be what wounds us the most.

The New Moon in Pisces is always a preparation New Moon in order to begin a new cycle with the Moon in Aries.   We can use this energy to clean through the areas that we have been hurt or where we have hurt ourselves and release that energy.  We can discover insights about the insides of us (inner level) rather than comparing ourselves to the outer world.  If we focus on our true human needs rather than focusing on externals to fix us or to provide us with the answers for life, Chiron can offer us a much needed dose of realism.   Although this ‘inner medicine’ may not cure our wounds, it can provide us with the ability to accept them and move forward.   On the other hand, Neptune can offer us a vision of a caring universe which may not necessarily be the cure for ordinary living, but gives meaning to it.  In other words, figuring out what we really need in life and being happy with living is the preparation to begin again.

What do you plan to heal this month in your life?

Are you curious about relationships, money matters, or your career?  Is new love on its way or is a better job around the corner?  Our psychic advisors are standing by to take your call to help you with the issues and concerns that you have in your life.   You can get a question answered right now for free by calling 1-800-575-9962.  Or you can get a 10-minute reading for only $1.99 by calling 1-800-579-9205. Don’t worry about tomorrow when you can find out your future TODAY!

All promotional offers apply to new customers only.