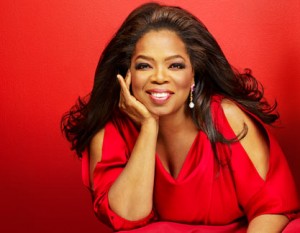 The Hollywood Reporter this week revealed that former talk show host Oprah Winfrey’s much hyped television network is suffering from low ratings.  In fact, Winfrey has gone to social networks such as twitter to beg her 9 million followers (especially those with a Nielson box) to watch her channel.  Winfrey later apologized in the New York Times.

The major question on everyone’s mind is – “Why is the network failing”? Many analysts believe that throughout much of the launch of OWN – the talk show queen was absent (this would be like a hamburgers being absent from McDonalds) from the network that carried her name and brand.  Of course, Oprah was busy finishing the last episodes of the final series of the Oprah Winfrey Show, but viewers quickly became bored with repeats of the Color Purple and Dr. Phil episodes.  Further much of Oprah’s original content (the minimal amount that was produced) was preachy, condescending, and unimaginative.

Can Oprah turn the network around in 2012?  Discovery Communications President and CEO David Zaslow is hopeful that the network will grow.  However, as the Hollywood Reporter has rightfully stated, “OWN needs an identity of its own”.

We decided to turn to the mystical tarot to offer Oprah advice on how to turn her network around.

Three of Swords:  The three of swords is always a painful card.  It usually shows up in a reading when things have reached the boiling point, and a painful reality has surfaced.  This card can reflect feelings of depression and betrayal, yet usually when one has betrayed oneself and their own ideals.  This card can reflect that Oprah listened to those around her that felt that the simple act of using “Oprah’s” name was enough of a brand for the network to be successful.  Unfortunately, that has not proved to be true.  The astrological association for the three of swords is Saturn in Libra and true to form Saturn (limitations) has kept the network from succeeding.   At this time, she needs to sit down with the big boys at Discovery and assert her own visions, and her own ideas about the future of OWN.

Knight of Pentacles:  All the Knights in the tarot augur a period of movement – even in the earthy suit of pentacles.   In this case, the Knight of Pentacles reveals that Oprah should get down the nitty gritty and look at the obvious.  She needs to analyze what her viewers are watching and possibly query her social media feeds to discover what content her audience is interested in.  Further, she needs to realize the needs of her prime time audience is going to be different than the daytime audience she is accustomed to.

The Magician:  As much as it may pain her, she needs to go back to the drawing board and brew up some new television magic.  The Magician in the tarot reflects a new beginning or a new path.

Temperance:  Temperance is all about balance, but it also includes vision.  This card reflects that she needs to pull in more than her core audience and do some entertainment series that include a focus (should we say it?) on MEN.  Bring in the dudes Oprah with either dating reality shows, or shows that will allow women to see a bit of man candy after a hard day of work.

6 of Pentacles:  One of Oprah’s most popular segments on her talk show was “Oprah’s Favorite Things” – and the 6 of Pentacles is all about sharing the wealth!  This show would increase her ratings and companies would LOVE for her to do some product endorsement.  Oprah is always at her best when she is giving stuff away!

Good luck Oprah!  As fans, we hope you pull it together.  Hopefully, what the Mayans were predicting in 2012 was not the end of ‘era of Oprah’.

Let us know what you think would help increase the ratings of OWN.