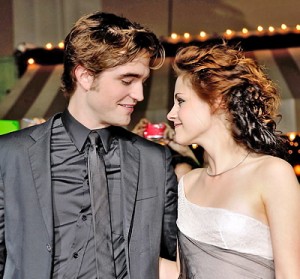 Although the celebrity tabloid press are stating that Rob Pattinson and Kristen Stewart have reunited, questions still remain in the air for the “Twlight” couple.

Entertainment Tonight has released the first public picture of the super couple together since it was revealed that Kristen Stewart “cheated” on Pattinson with Rupert Sanders in July.  However, skeptics (many of them friends of Pattinson) believe that there might be something more to their “reuniting” (notice they are not using the word reconciling) than meets the eye.  In fact, according to one friend, “despite claims that all is rosy – he’s still not completely convinced that giving their relationship another chance is the right thing to do.”

Let’s ask the tarot if their “reunion” will work out.  We will be using a past-present-future three card spread.  (Click card names to see the images)

The Past – The Ace of Cups: The Ace of Cups reveals that the couple had genuine loving feelings for one another.  At one point Pattinson believed that Kristen would be the girl he would marry.  However, love is not always enough to make a relationship work especially in celebrity land.

The Present – The Ace of Wands:  Although normally this card would reflect lots of energy and enthusiastic beginnings, it cannot be ignored that this card also means the beginning of a creative project.  Since this is the card of the present, this could reflect that it is beneficial for the couple to be seen together in order to promote their upcoming “Twilight” movie – the last in the franchise.  If sales of the movie are down because the audience is invested in the relationship between Edward and Bella, this could have major ramifications on their individual careers in the future.

The Future – The 10 of Swords:  This card reflects endings.  The tarot is making it very clear that although the couple is willing to do the media circuit around the movie that a long term relationship is not in the cards for them.

Additional information:  All of the cards in numerology add up to the number 1.   The number 1 reflects new beginnings.   This is a second confirmation that the relationship between the two of them will eventually end and the two will head in new directions once the buzz of Twilight is over.  Additionally, the Ace of Cups in this spread is ill dignified (weakened by the Ace of Wands) which reflects that the flourishing of the romantic feelings between the two of them may be blocked because of Kristen’s past indiscretion.

What do you think?  Will the ‘reunion’ between Kristen and Rob last?