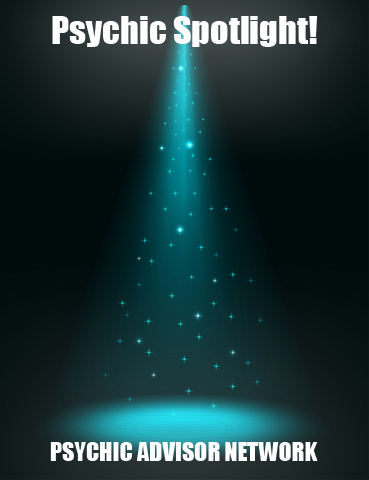 “Are you looking for an operational definition of gifted and talented?  If so, brace yourself, this can be summed up in two words – Storm Cestavani!”    Foretold Magazine

Storm Cestavani is no stranger in psychic circles.  He burst onto the scene in 1992 by being featured in an informercial for Psychic Friends Network.  He then went on to host the networks syndicated radio show Psychic Friends Live and appeared in 4 additional infomercials including one located at the Mall of America in Minneapolis, MN.  We are now proud to say that Storm Cestavani is the lead astrologer for the Psychic Advisor Network and his astrological forecasts and commentary are featured regularly in our blogs section.

We got a chance to interview Storm Cestavani about the psychic industry and how it has changed over the past 20 years.

Psychic Advisor Network (PAN):  Storm, thank you for agreeing to do this interview!

PAN:  Let’s go back to the past.   When did you begin to do readings?

SC:  Well, I started doing readings in High School for some of my friends, but professionally I started in late 1987.  I worked for the very first psychic line in the country.

PAN:  Wow, the industry goes back that far?

SC:  It does.  It started out with horoscope and tarot lines where you could call in and get a reading from a computerized system.  Then, it eventually evolved into psychic readings on the phone and the audio text (geek speak in the industry) virtually exploded.  The leader in the industry at that time was AT&T and it is still the nation’s leader for psychic advice products.

SC:  The line I was working for was eventually absorbed by Gale Summers and the corporate company that owned PFN.  Of course, none of us new at the time that the network was going to explode once Dionne Warwick and Linda Georgian got involved.

PAN:  How was it working with Dionne and Linda?

SC:  Amazing!  I got to read for Dionne Warwick on the first infomercial I appeared in, and later again for the Mall of America infomercial.  To be the first network psychic to read for her was an extreme honor.   As far as Linda is concerned, she was an amazing psychic who gave me a great opportunity.  She selected me out of 3000 psychics that they interviewed for the network and I am extremely grateful to her for the opportunity.  It led to an amazing friendship that lasted 20 years.

PAN:   Why were you not in the first two infomericals?

SC:  Mainly because of my age.  I was in my early 20’s at the time and some of the executives had a problem with it, although Linda did push for me to be featured since the first infomercial appeared in 1991.   They eventually turned around because I recorded the third infomercial the winter before my 22nd birthday.

PAN:  You left Psychic Friends Network in 1997 and started your own private business.  How did that work out for you?

SC:  It was a lot of work.  Business in 1997 is very different than business is in 2012.  The world basically got a lot smaller with the expansion of the internet, and I pretty much made every mistake ever made.  Now because of new technology available, I am pretty much able to run my business the way I want.  I am able to help more people on a daily basis.

PAN:  What do you think is the biggest misconception about psychic readings?

SC:  I think it is that the general public believes that psychics have ALL the answers.  We are able to give them information into many areas of their lives, but being the know all and end all is just not possible.  I also believe that many of the psychic tools (tarot, astrology, numerology) are given a bad reputation because clairvoyance (thankfully, I am clairvoyant) is believed by many to be a true psychic connection and that is simply not the case.  I know some of the best clairvoyants in the world and some of the best tarot readers and astrologers and they are equally gifted in their skillsets.

PAN:  What are the best questions someone could ask?

SC:  Well, I do not really believe in bad questions.  Sometimes we need to work on the question in order for it to be answerable, but I believe every question is answerable.  I personally prefer questions that involve the energy around a situation or a direct question.  If you the question is way too vague, it is very difficult to get information that the client wants.  So, I suggest people avoid questions that are very general or general readings in general.

SC:  Usually, a client has a specific area that they want to discuss.  If they just want to be read without a subject, often this leads to the client being unhappy with the reading because the information that is the most important for them (which their guidance is giving) might not be the area of their life they really want to know about.  This leads to the customer being unhappy.

PAN:  Where do you see the psychic industry headed?

SC:  I think that there is a sea of possibilities for this industry.  I am noticing a trend of people who want to use psychic services as a form of life coaching and I was on the fence about it for a long time, but I am now all for it.  I think for many situations single session counseling will solve the client’s problems or give them additional tools that will help them with their lives.  I think this is a great place where trained intuitives can really step up to the plate.

PAN:  Storm thanks for agreeing to do this interview and for everything that you do here at the Psychic Advisor Network.

Storm Cestavani can be reached through the Psychic Advisor Network platform by simply calling 1-800-575-9962 and using extension:  STORM (78676).  If you have never had a reading with the network for the first three minutes are free.  Additionally, Storm is the host of Keep It Magic and the co-creator of the Tarot Magic candle line with Jacki Smith