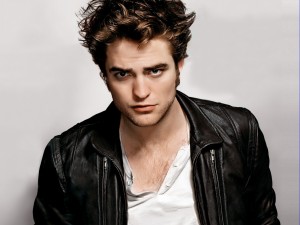 We receive several requests a day about the future of celebrities, but the one celebrity that gets more email requests than any other is Twilight’s Robert Pattinson.

So, what do his fans want to know?

Surprisingly, whether or not he will ditch co-star Kristen Stewart and find new love.  It seems the fans are still riled up over Stewart’s romantic union with director Rupert Sanders.

According to Entertainmentwise.com, Rob will make a decision regarding his relationship with Stewart over the coming months.   But, it appears that his family might not be on aboard for a complete reconciliation to occur between the two, and we all know what kind of pressure that can add to an already complicated relationship.

Will Rob break up with Kristen and find new love in 2013?

Looking at Rob’s horoscope to get information on his future love life reveals a rather complex and difficult year for the teen heart throb and further complications with Stewart is probable.  Saturn, the planet of frustrations and limitations, will begin to move through his relationship house towards the summer months.   Of course, this is enough to break up the relationship between the two of them.  However, to add insult to injury the planet of death, regeneration, and transformation (Pluto) will conjoin his love house ruler.   The likelihood of a relationship with Stewart continuing past the summer is highly unlikely, and Rob will most likely move beyond the relationship.

As far as anyone new is concerned, Rob will most likely spend some time without a significant other in his life.   He may date, but nothing significant will occur for the next year or so.  Instead, Rob will be more focused on his career than ever.  Expect a major role to be announced towards the middle of the year.

Are you looking for new love or looking to move on?  You can speak to one of our gifted psychics or astrologers for free.  Simply call, 1-800-576-6079 to receive the answers you want today!

Storm Cestavani is the lead astrologer for the Psychic Advisor Network.  He is the host of the top metaphysical show “Keep It Magic”, and the co-creator of Tarot Magic with Coventry Creations.