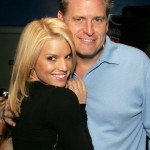 In Hollywood, there is always a “gay confession” shocker.  This time it appears that it is Joe Simpson (Jessica and Ashlee Simpson’s father).  The National Enquirer is reporting that the business mogul, who is currently being divorced by his wife Tina, came out of the closet a few months ago. A source close to the family told the tabloid magazine: “Joe got the family … END_OF_DOCUMENT_TOKEN_TO_BE_REPLACED 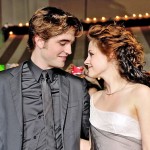 Although the celebrity tabloid press are stating that Rob Pattinson and Kristen Stewart have reunited, questions still remain in the air for the “Twlight” couple. Entertainment Tonight has released the first public picture of the super couple together since it was revealed that Kristen Stewart “cheated” on Pattinson with Rupert Sanders in July.  However, skeptics (many of … END_OF_DOCUMENT_TOKEN_TO_BE_REPLACED 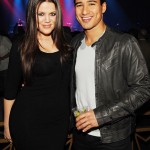 As of last week, it became official – the two new co-hosts of The X-Factor will be Mario Lopez and Khloe Kardashian.   Lopez is known for his many television roles including playing A.C. Slater on Saved by the Bell and Khloe Kardashian rose to fame as part of the Kardashian clan on VH-1’s Keeping Up with the Kardashians.  According to sources at Fox, the celebrity pair of … END_OF_DOCUMENT_TOKEN_TO_BE_REPLACED 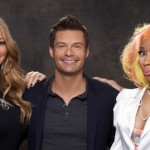 Last month it appeared that Mariah Carey and Nicki Minaj put to rest the rumors of the feud between the two of them.  Mariah told reporters (at the time), “How can you feud in two days?  I think a feud takes a little longer.”  It appeared that the two were resting comfortably on the judging panel with fellow judges Randy Jackson and Keith Urban. Now it appears that the … END_OF_DOCUMENT_TOKEN_TO_BE_REPLACED 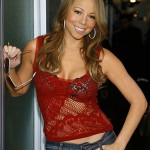 It is official – superstar Mariah Carey is the first new announced judge of American Idol since the departure of Steven Tyler and Jennifer Lopez.  According to Radar Online, the Fantasy singer will pocket a whopping 12 million dollars for her seat on the panel – which is the same amount Jennifer Lopez was paid last season, but 3 million short of what Britney Spears will make … END_OF_DOCUMENT_TOKEN_TO_BE_REPLACED